PVC vs. TPO: Is the Debate Over? 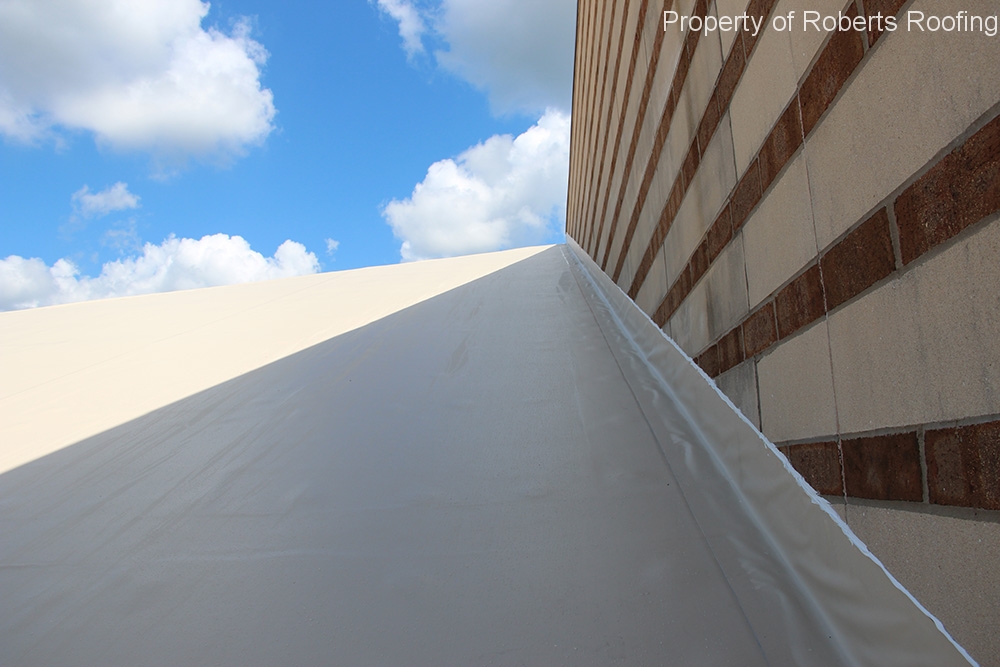 This blog post originally appeared in GAF ProBlog. Roberts Roofing has been certified MasterSelect by the GAF Corporation.

Over the last several years, it seemed as if TPO supporters have wanted to push the membrane onto every roof. Certainly the material has done very well and gained a large market share. But other membranes haven’t gone away, and some have a fairly stable market share. It’s easy to understand why single ply hasn’t done well on smaller roofs in urban areas, with their large numbers of penetrations and often chopped-up shapes; for these roofs, mod bit (or possibly a coating system) seems like an obvious choice.

What about PVC? It has a similar reflectivity to TPO and was the original weldable sheet. But there were questions about the plasticizers; what happens as they migrate out of the sheet? TPO was seen as being inherently flexible; over the years, it’s proven itself and has steadily improved in terms of weathering resistance. Manufacturers have been investing heavily in TPO but, surprisingly to some, PVC remains a viable alternative. In fact, we are starting to see investment in new capacity.

In terms of weathering (i.e., based on the Heat Aging and the Accelerated Weathering tests), TPO has the clear edge over PVC. This may surprise some diehard PVC users, who may be unaware of the advances made in TPO formulation over the last several years.

While TPO has superior weathering and slightly better tear and break resistance than PVC, PVC does have some characteristics that certain customers need or prefer. For example, PVC has better chemical resistance; it does not absorb or get weakened by oils and greases. This means that PVC is the preferred membrane for restaurants and other buildings that have grease traps on the roof.

Also, PVC is slightly more flexible than TPO, which some contractors like. There used to be talk about welding differences, but both membranes weld well. TPO requires higher temperatures but, once a crew has adapted, welding is as straightforward as it is for PVC.

Your roofing contractor should be able to accurately assess which system is the best fit for your facility. By knowing more about these two variants, you can be better prepared for what to expect when the time comes to replace your commercial roofing system.

To learn more about commercial roofing systems in Cleveland, Ohio, simply fill out the form on this page and a member of our team will be in touch. Or, you may call us at 440.946.2233.

The application of commercial roof systems is an acquired skill, and like any craft, it must be honed. Many contractors can ...
Start Reading
Roberts Roofing Company 7/24/18 3:55 PM 5 min read

When you own a commercial or industrial building, you have to weigh many factors to keep your building in good working order. ...
Start Reading
Roberts Roofing 12/8/21 1:00 PM 4 min read

Benefits of Fleece-Back TPO Membranes for Commercial and Industrial Roofs

Single-ply thermoplastic polyolefin (TPO) membranes have gained in popularity in recent years, including the use of fleece-back ...
Start Reading